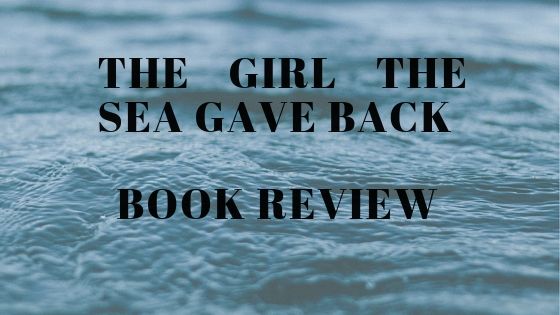 I was lucky enough to be sent a copy of The Girl the Sea Gave Back by Adrienne Young in exchange for an honest review. Thank you Titan! I hadn’t read Sky in the Deep before receiving this one, so I quickly grabbed a copy and you can see my review here. 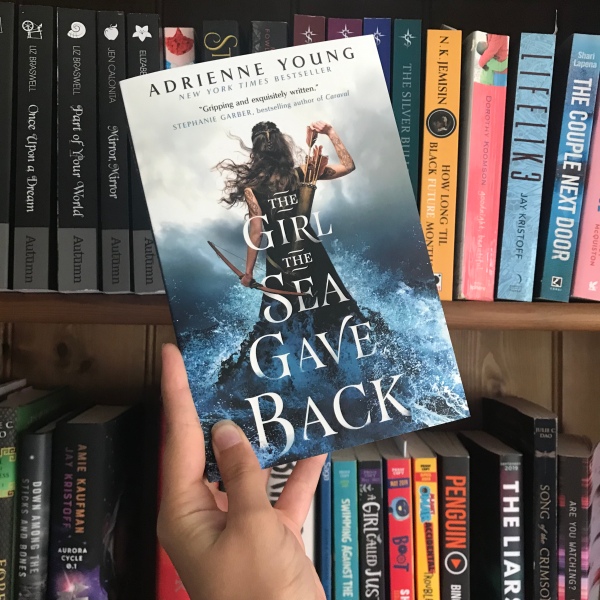 For as long as she can remember, Tova has lived among the Svell, the people who found her washed ashore as a child and use her for her gift as a Truthtongue. Her own home and clan are long-faded memories, but the sacred symbols and staves inked over every inch of her skin mark her as one who can cast the rune stones and see into the future. She has found a fragile place among those who fear her, but when two clans to the east bury their age-old blood feud and join together as one, her world is dangerously close to collapse.

For the first time in generations, the leaders of the Svell are divided. Should they maintain peace or go to war with the allied clans to protect their newfound power? And when their chieftain looks to Tova to cast the stones, she sets into motion a series of events that will not only change the landscape of the mainland forever but will give her something she believed she could never have again – a home.

It was nice to see more of Halvard from book 1 and to get to know him more and uncover a bit more about what has happened in the years since Sky in the Deep ended. We also get to know Tova, a new character, who can read fates in the stones. She ends up living with a different clan to the one that she was born into and one day she ends up seeing the end of this clan. This results in a lot of fighting! It becomes clear that Tova and Halvard’s lives are intertwined in ways that they cannot imagine.

Similarly to Sky in the Deep, this was a quick and enjoyable read. It is not a high fantasy book, and it is not a heavy historical fiction. Instead it is perfect if you are looking for a slightly lighter read that still has action and historical inspired elements. There is again not a deep level of world building, instead we are just introduced to the basic information that we need to understand the world and how these different groups of people are intertwined and how they interact.

It did feel like this book was building up to a bigger climax, and whilst there was a big action sequence at the end of the book it feels like there is more that could and will happen with this story. I am unsure if this series will be continued or if there are any further books planned, but I do hope that there are as I was left feeling like I wanted more from the characters and more from the story.

I was pleased to have mention of some of the characters I enjoyed reading about from Sky in the Deep, but I of course wish I could have had more of them present in this book! However, I do understand that the intention of this book is to follow a different set of characters and to introduce a different story line and so distancing this characters was probably necessary for the story.

This is perfect for a quick and enjoyable read, that isn’t light and fluffy but instead dark and slightly violent – I needed some books I could fly through so these came along at the right time!

Have you read The Girl the Sea Gave Back? Did you enjoy it?

Other Words For Smoke Review